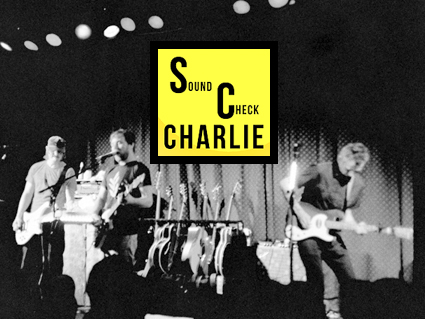 It’s an overwhelming task summing up a year’s worth of anything, but here goes: I’ve boggled and picked apart my mind, and narrowed down my list of discoveries from 2015 to the 10 bands that have managed to stick with me through the never-ending stream of new music pouring in from all channels. Any favorites of yours on here?

It’s not very often you hear overwhelmingly positive news coming out of China (at least, not from Western media outlets): enter indie electro band Nova Heart. Fronted by powerhouse Helen Feng, the Beijing-based trio make the sort of psychedelic disco that’s just experimental enough to be compelling yet just bass-heavy and catchy enough to move the masses. Their sound can, at times, be a blast from the past, namely the bordering-on-cheesy (but not quite) Elton John keyboards and the 80s-infused Pat Benetar-meets-Blondie-meets-Stevie Nicks vocals on track ‘Right Wrong – Music Room.’ And—in taking further cues from those female legends—parts of this album offer glimpses of a modern social commentary, where beneath the sometimes comically over-processed vocals echoing those of bands CSS or The Tings Tings lie thought-provoking lines like, “Boys are staring at me/I feel naked in my clothes/Tell me what you see/What you want to see.” Ultimately, when I encounter the kind of girl power cool emanated by Nova Heart, it immediately makes me think, “Screw Taylor Swift: I want to be a part of their crew.”

For fans of: CSS, The Preatures

For fans of: Radiohead, alt-J

Meet the newest badass band on the block. Sunflower Bean have combined all of the best elements of early psych, punk, and new wave and created a sound that reminds us of the essence of rock ‘n’ roll: the kind of high intensity, in-your-face music that can’t help but make you feel exhilarated. They don’t have a debut album to their name yet, but don’t worry: come February 5, the wait will be over.

For fans of: POND, Sleater-Kinney

This was my bad, but I’m a wee bit late to the Other Lives party. With a rich, percussion-driven instrumentation consisting of guitar, piano, strings, and brass and everything in between, their sound is grand and cinematic in scope, yet it doesn’t trip over itself, as it’s grounded by singer Jesse Tabish’s understated melodies. Considering that they only really popped onto my (clearly faulty) radar this year, they’ve become fast favorites.

It’s difficult to really pin down London-based band Happyness. Their debut album, Weird Little Birthday, covers the spectrum: one minute you’re almost tricked into believing that you’re listening to a long-lost Wilco record, then the next you’re plunged into a whirlwind of pop-punk power chords. There’s a warmth to many of the slower, more relaxed songs on the album, due in large part to their lo-fi production sensibility. They also seem to have quite a sense of humor, writing lyrics that are witty, ironic, and occasionally just downright bizarre (a la ‘Montreal Rock Band Somewhere’, in which the singer nonchalantly states that he’s wearing Arcade Fire singer Win Butler’s scalp). So even if scalping isn’t your thing, Happyness’s music has likely got something for everyone, and it’s this very multi-dimensionality that makes them so appealing.

For fans of: Yo La Tengo, American Analog Set

Swedish indie band This Is Head make music that’s much like the interior of IKEA: minimalistic, roomy, and never-ending. Their synth-heavy sound is spacey and galactic, incorporating the repetitive compositional style of prog and only sparingly making use of vocals. For the most part, aside from standout twinkly tracks like ‘Astray’, their songs err on somber but never delve into outright melancholy.

For fans of: Reptile Youth

Despite the seemingly short 7-song length of Viet Cong‘s self-titled debut, the Calgary band’s album is a tour de force in every way. You can hear echoes of musicians ranging from the washed out post-punk of New Order to the slicing guitar riffs of Bloc Party. Sometimes singer, Matt Flegel, even reminds me of David Byrne. Essentially, their sound is all over the place. At the outset, they attack with a pounding Chinese-style drum passage, their voices droning above in a monotonous unison. They use just enough distortion and dissonance to make things interesting, enthralling listeners without distracting or losing them along the way. The album culminates in an 11-minute beast of a song entitled ‘Death,’ that–title aside–can only tell of amazing things to come from this band.

For fans of: New Order

C. Duncan has become Glasgow’s new ‘it’ musician, and with good reason. The combination of his angelic, elfin voice lilting like a calm sea breeze atop lush, multi-textured instrumentation evoking chilly windswept prairies makes his brand of dreamfolk simply intoxicating. Upon listening to his intricate debut LP Architect–particularly with the knowledge that every one of the myriad sounds you hear has been written and performed by him alone–the young Scotsman’s classical background is immediately evident. Not only is he a masterful multi-instrumentalist, composer, and one-man boy choir, but–oh yeah–he’s also an accomplished painter. Get in line, girls and boys.

Natalie Prass‘s style could easily be written off as outdated, with its sugary sweet vocal lines backed by Burt Bacharach-esque piano and orchestral passages. But beneath that saccharine facade, there’s a biting quality to her songwriting, a candor that sets her music apart and gives it a refreshingly modern touch. The creative result of a nasty breakup, her self-titled debut focuses heavily on betrayal and heartbreak; she even dedicates a song to her (now) ex’s other lover, a la Dolly Parton’s classic ‘Jolene’. Make no mistake: her sound can be downright campy (see: Disney’s Enchanted-inspired final track ‘It Is You’). On the whole, though, she’s stricken the perfect balance of sour and sweet, and manages to tug at all of the right heartstrings.

For fans of: Jenny Lewis, Feist

Somehow, Edinburgh would seem to me the last place to find an avant-garde hip hop/r&b fusion act, but Young Fathers have opened my eyes to a new facet of Scottish subculture. Their sophomore LP, White Men Are Black Men Too–a profound commentary on racism in all of its forms–is chocked full of lines that make your head spin and heart ache. The pace of the album is marvelously relentless, clearly demonstrating the trio’s energy and vitality, as well their voracious hunger for discourse. But nowhere is this raw emotion more apparent than during their live show, which is completely out-of-this-world good.