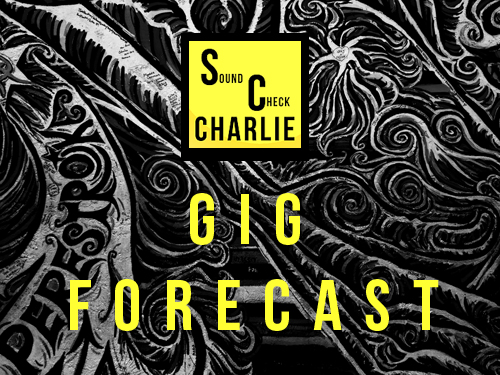 You may know BRONCHO as the band who wrote pretty much the catchiest song in recent history (see “Class Historian,” conveniently embedded below–and eventually in your head–for your viewing pleasure) or that-one-band-who-plays-at-the-end-of-Girls. Either way, these three Oklahomans are quickly making their mark. Their songs are laden with distortion and reverb, yet are polished off with the fun, infectious hooks typical of Top 40 hits, making their music the perfect storm of garage rock and pop. You can catch them tomorrow opening for The Districts at Lido.

It’s difficult to really pin down London-based band Happyness. Their debut album, Weird Little Birthday, covers the spectrum: one minute you’re almost tricked into believing that you’re listening to a long-lost Wilco record, then the next you’re plunged into a whirlwind of pop-punk power chords. There’s a warmth to many of the slower, more relaxed songs on the album, due in large part to their lo-fi production sensibility. They also seem to have quite a sense of humor, writing lyrics that are witty, ironic, and occasionally just downright bizarre (à la “Montreal Rock Band Somewhere,” in which the singer nonchalantly states that he’s wearing Arcade Fire singer Win Butler’s scalp). So even if scalping isn’t your thing, Happyness’ music has likely got something for everyone, and it’s this very multi-dimensionality that makes them so appealing.