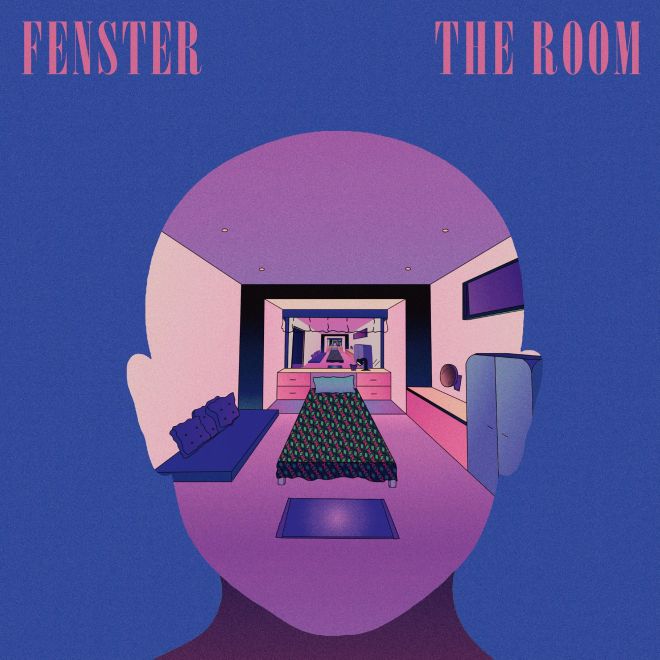 I vividly remember my introduction to Berliner band Fenster. Funnily, it was in 2012, the year before I moved here, I had been indulging in what was my habit of combing meticulously through NPR Music’s myriad recommendations and up popped “Oh Canyon” off of their debut. It had certainly piqued my interest, but I never imagined at the time that they’d stick with me in the way that they have.

Fast-forward six years, Fenster is gearing up to release their fourth studio album, The Room. Although each of the four members—Elias  Hock,  Jonathan  Jarzyna,  Lucas  Ufo, and  JJ  Weihl—have been busy with various side projects, this record is the result of a truly collective effort. The aptly named album was conceived, written, and recorded within a single room in a house somewhere in the Italian countryside, yet you the get the impression as a listener that their creative reach is boundless.

While Fenster‘s last release, Emocean—a trippy, primarily instrumental accompaniment album to a feature-length film of the same name, produced by the band (think Magical Mystery Tour)—had them straying galactically far from their lo-fi indiepop beginnings, The Room finds the quartet scaling back the theatrics to reveal a sound that’s no less adventurous or playful, but rather a fine-tuned concentrate of the best elements.

Much like their last album, The Room is packaged as a whole concept dealt out in parts, with musical interludes blurring the lines between tracks and alluding to a continuous story arc. As such, much of the lyrical content speaks of life as viewed through a prism, delivered in a stream of consciousness (see: “It’s never the same/the me I/am to you” from ‘HBW’, or “Watch  the  watcher  watching” from ‘Just The Rain’). Their style ranges from the sleek, Fleetwood Mac-esque groove of the eponymous opener ‘The Room’ to spacey surf psych soundscapes. Woven in throughout are Fenster‘s token dreamy vocals, pulling it all together.

The Room has succeeded in showcasing Fenster‘s artistry, through focused production and a subtly maintained sense of adventure. They made me excited about what the Berlin scene would have to offer upon moving here back in 2013, so it’s wonderful to hear that they continue inciting the same feeling now, pushing the boundaries outside of our rooms and into undiscovered realms.

The Room will be released by Altin Village & Mine on Friday, September 14th, but you can already stream the whole album here. Make sure to also head out to the record release show on September 13th at Lido!